The Netherlands, popularly known as Holland, is the country in southwest part of Europe. It is a popular tourist destination with its capital Amsterdam, being one of the busiest city. The Netherlands is a country full of life with old monuments, tulip fields, canals and windmills. Cycling is hugely popular here. Besides, Netherlands is equally popular in information technology and many of the companies has preferred to place their European data centers in its locations, particularly in Amsterdam. 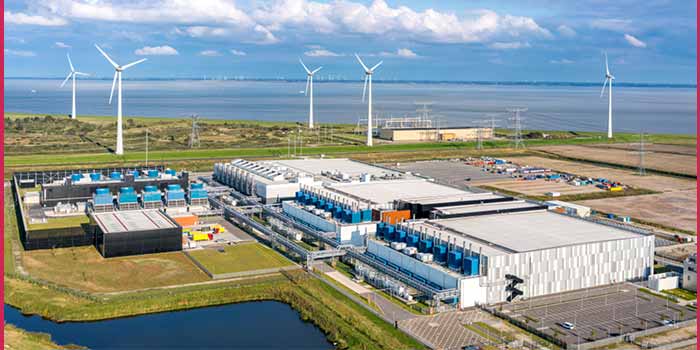 The Netherlands is surrounded by North Sea and countries like Belgium and Germany. Besides, it shares maritime borders with UK and France. Moreover, Denmark, Switzerland, Austria, Czech Republic and Poland are also not far away. This makes it a hot-spot for placement of data center given its digital connectivity with rest of the Europe. Amsterdam Internet Exchange (AMS-IX), one of the largest internet exchanges is also located here.

For the administrative purpose, The Netherlands is divided into 12 provinces and 3 special overseas municipalities in Caribbean region i.e. Bonaire, Saba and Sint Eustatius. Twelve of those provinces includes:

Netherlands is ideally located in Europe with large economies like Belgium, Germany, France, etc. surrounding it. Besides, good internet connectivity to the world, availability of technical manpower and resources makes it a good choice for companies to have their cloud, colocation server or data center infrastructure in the country. The companies with their respective data centers in Netherlands are listed below:

AMS2 is one of two DigitalOcean data center infrastructure located in Amsterdam or Netherlands. It has few services available compared to other facilities in the region, which includes:

AMS3 is second cloud infrastructure in Amsterdam or Netherlands. It has larger product range compared to AMS2, which includes:

Netherlands has total of 11 data centers of Equinix, located mainly in city of Amsterdam. Other two cities include Enschede and Zwolle. Netherlands and in particular Amsterdam is another most sought after location in the world for data centers with high concentrations of network service providers. These facilities have direct connection to various cloud service providers and is suitable for SMEs. Also, they are certified with various compliance certifications and standards. Below are the list of Equinix Netherlands data centers in their respective cities:

Fully operated with 100% renewable energy from day one since 2016, google data center located in Eemshaven, Netherlands provides employment to around 250 people.

There are two IBM Cloud data centers located in Netherlands in the city of Amsterdam. These data center infrastructures in Amsterdam provides functions of data center, network point of presence (PoP) and CMS data center:

Netherlands also host one of the Oracle cloud data center region in Europe, which is termed as Netherlands Northwest (Amsterdam). Located in so-called “city of sin” or perhaps freedom, this cloud infrastructure region has single availability domain.

Citing the growth of data center demand in Europe, QTS strategically acquired two of the data centers in Netherlands. Both of the QTS Netherlands data centers are located in Groningen Province. These facilities in Europe were built by TCN SIG Telehousing B.V. for around $44 million (including closing costs). QTS plans to further invest in these data centers to expand the capacity.

QTS data center in Eemshaven features 113,000 sq. ft. of white space with immediate availability. It has 36MW of total utility power and power redundancy options: N, 2N, N+1. Besides, it has cooling redundancy of N+1 with 10 centrifugal chillers and cooling towers. This facility is just 34 km away from Groningen City center, where another QTS data center is located. It has 5 network carriers connected to it.

QTS data center in Groningen features 45,000 sq. ft. of white space with immediate availability. It has 10MW of total utility power with 2N redundancy. However, it is located in the valley where 8000+MW energy is being produced. It has 10+ network carriers connected to it.

There is one data center facility of Rackspace in Netherlands, which is termed as AMS2.

Some of the other data center companies in Netherlands which are in our knowledge but yet to be indexed includes, but may not be limited to:

Add your Data Center in Netherlands

Do you own or represent a data center in Netherlands? If you want to list your company here, you can feel free to write to us. You can send us brief introduction of your company and data center facilities that you provide in Netherlands including colocation, cloud, storage, point of presence along with location and contact details.

Disclaimer: Though we have done our best to collect the right information, we don’t guarantee the accuracy of information provided here including data centers in Netherlands with their locations or map. Kindly contact respective service providers for detailed or accurate information.