Final Fantasy XIV (shortly called as FFXIV), is 14th edition of Final Fantasy game series. Final Fantasy is a role-playing video game originally created by Hironobu Sakaguchi. It was first released in Japan in 1987. It is available in most of the gaming platforms such as Xbox, PlayStation, PSP, Microsoft Windows, Nintendo, Android, etc. 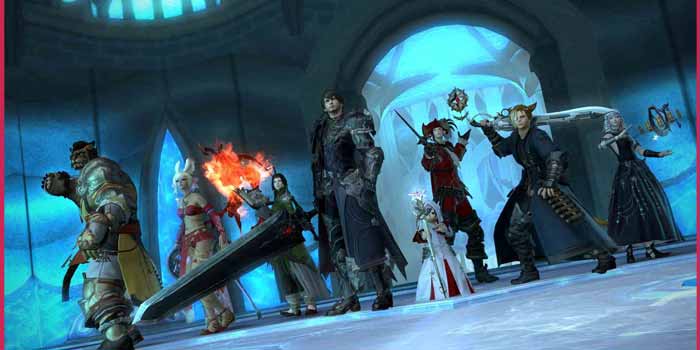 Coming into its 14th edition, FFXIV has turned into a massively multi-player online role-playing game (shortly termed as MMORPG). In this game, one can customize their character or outlook and start a role play based on the story of the game. Final Fantasy XIV has different worlds hosted on various servers in data centers from North America, Europe and Japan. People can create their avatar in anyone of these worlds and enjoy themselves as a human character in a virtual reality. Like in real, they can meet other virtual peoples and involve in various activities in the game.

There are different data centers in these regions where one can choose a world to play in. Each world is hosted on different FFXIV servers. It is recommended to the players to choose their world in data center regions nearby your actual physical location. This helps to reduce latency and smooth out the game play. For example, if you are from Singapore, it is best for you to choose the data center in Japan as it is near compared to that in Europe or North America. Similarly, if you are from Ireland, it is wise for you to choose European data center.

However, if a world is already congested with too many player characters playing, new player is not allowed to create a character in that world. In fact, many a times, existing players are also encouraged to switch to another server or world of FFXIV giving various bonuses.

The data centers in each of the above mentioned regions is briefly discussed below:

Note: “*” represents Legacy servers which existed before “A Realm Reborn (2.0)”.

Sorry, currently we don’t have any map of FFXIV data center locations. We will update it here as soon as we get one.

Disclaimer: These information were last updated on October 2020. Though we have done our best to collect the right information, we don’t guarantee the accuracy of information provided here including FFXIV data center locations or map. Kindly contact Final Fantasy XIV team for detailed or accurate information on its data center infrastructures or map of its locations.